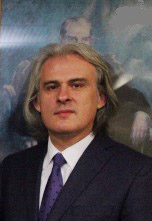 He was born in Gaziantep.

He got his bachelor degree from Gazi University, Ankara, in the field of Public Finance in 1992.

He also served as Vice President of Ministry of Finance/Finance High Training Centre in 2003.

In the years 2004-2005, he studied Financial Economics as a master degree in Boston University, USA.

Between October 2005-August 2010, he worked as the Head of Department of Audit and Compliance and the Department of Strategy Development in the Revenue Administration Headquarters in Ankara respectively.

Since 2010, he has been working as the Tax Execution Coordinator in Turk Telekomünikasyon A.Ş

A Tax Revolt at Authorized Luxurious Automobile Dealers in Turkey